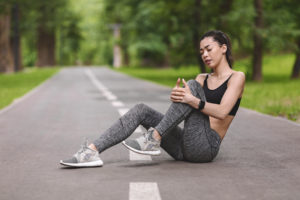 Types of Knee Pain and Their Causes

Recurring knee pain affects about 25% of the adult population, causing limited mobility and even …

How To Avoid Getting Sick During The Holidays

Do you get sick around the same time each year? The stress of the holidays (if not carefully managed) can wreak havoc on your immune system. When you feel stressed out, your immune system’s ability to fight off harmful bacteria and infections is reduced. The stress hormone cortisol can suppress the effectiveness of your immune system, and many people become more prone to a not-so-healthy coping mechanism like eating inflammatory foods, smoking, and getting less sleep as a result.

The holidays often bring plenty of cheer…and a healthy dose of seasonal stress. Between the travel, parties, and shopping, there are a lot of demands placed on your time, your mind, and your body, and all this commotion can result in muscle spasms and the re-occurrence of familiar aches and pains. For many people, these aches show up in two distinct areas – the low back and the neck and shoulders. Sound familiar?

Over tired and Overweight- effects of sleep dreprivation

Interview with an Expert- Dr. Joe Esposito on Immunity Join us as Dr. Esposito answers …

Is there really a "Flu Season"?

Is there really a “Flu Season”? Watch the video below as Dr. Bagley discusses the …

Baby drinks the flu virus and doesn’t get sick! Watch the video below to hear …

Seasonal Germs Do Not Exist-You Need Year Round Protection

The media perpetuates the idea in which a supposed flu season exists for a window of time and people must weather through it each year. Vaccine and drug companies spend millions of dollars creating the misconception that a period of time takes place every year where people become more susceptible to the flu and sickness. These same companies make hundreds of millions of dollars in profits when their tactics lead people to fearfully and anxiously spend money on various pills and injections which carry no guarantee or certainty of sickness prevention. The truth remains that the body will always encounter germs on a second by second basis and many possess the capability to create cold and flu-like symptoms. The key variable in a world full of invisible germs does not come from drugs and pills but in the body’s ability to combat and fight these invaders year round.

Nearly half of all men between forty-five to sixty-nine years old regularly use over-the-counter non-steroidal anti-inflammatory pain medications (NSAIDs). Concern over this staggering statistic amplifies when considering the number of diseases traced to the side-effects of taking NSAIDs. Studies published over the last fifteen years link regular NSAID use to hypertension, gastro-intestinal bleeding, Alzheimer’s, dementia, heart attacks, stroke, hearing loss, kidney disease, and poor wound healing. Regular NSAID use consists of taking these drugs five times or more each week. Studies completed in 2011, 2017, and early 2018 also prove a link between regular NSAID use and lowered sperm counts, low T (testosterone), and erectile dysfunction.

Subscribe for personalized health tips intended to help you reach your goals as efficiently and effectively as possible, so you can spend more energy on what you love.

Schedule a Consultation Learn How We Can Help You Get Healthier
BETTER HEALTH IS ATTAINABLE! ›› FREE CONSULTATION ›ONLINE ASSESSMENT ›
YOUR ROUTE TO HEALTH ›› GET A PERSONALIZED NUTRITION PLAN ›
FOR FAST RELIEF & LASTING IMPROVEMENT ›› GET OUR NEW PATIENT DISCOUNT ›
Scroll to Top

Not sure? Start Here
+ More Ways to Get Started
Still Not Sure?